“This is the first group sow management system I have been around I think is less stressful for the sow than being in a stall.”

Calm sows
Forward-exit feeders minimize conflict
34-35
PSY. As productive as their individual gestation stalls
Efficiency
System is easy to use and saves time in pens

Why did they remodel such a new barn? The team felt group housing would be the best choice for two critical parts of their business—the pigs and the people.

Nedap was the right partner for the remodel because the Thomas Livestock team thinks Nedap offers the best group sow housing system.

“Unfortunately, that’s not true. Stalls are stressors, but for many years they were less stressful than groups. It was just a matter of how soon someone devised a group sow housing system that minimized conflict so being in a pen was less stressful for the sow than being in a stall.

“This is the first group sow management system I have been around that I think is less stressful for the sow than being in a stall.”

Nedap is “best prepared” for future

The remodeling project at Thomas Livestock Company’s Pigeon Ranch facility is part of a plan to phase out individual gestation stalls and convert the entire operation to group sow housing. In addition to the remodel, the company built new sow barns with group gestation in 2015 and 2017 and has plans for a third new barn in the future.
Across all current facilities, and planned in future construction, Thomas Livestock Company is using Nedap Electronic Sow Feeding in all its group sow gestation pens.

“With Nedap Electronic Sow Feeding, the noise level is much lower. From both the sows’ and workers’ points-of-view, it’s more comfortable. This results in a more productive business for us, and we know it’s going to pay for itself in the long run,” says Friedel. “We also feel Nedap Electronic Sow Feeding is the system that’s best prepared to adjust to new technology down the road.”

Through the transition from individual gestation stalls to group sow gestation pens, sow productivity has remained steady at 34-35 pigs per sow per year.

“Using the Nedap system, we’ve been able to create a group housing system that is productive at the highest level,” Friedel says.

Thomas Livestock relies on Nedap Electronic Sow Feeding because it is designed with the sow in mind. To meet individual sow needs, a gate closes behind each sow as she enters a feeder, preventing others from disrupting her while she eats.

It also incorporates forward-exit sow feeders for one-way-only traffic flow. This system has been proven for decades to minimize conflict between fed and unfed animals at the feeder gate and minimize sow stress.

A long, horse-shoe-shaped walk from the feeder exit to the entrance discourages feed-guarding behavior in dominant sows. Rather than crowding the entrance, sows get distracted during the long lap and lose the urge to protect their feed source.

“The system reduces – or, in our case, pretty much eliminates – any confrontation at the entrance of the feed station,” says Friedel.

Nedap Electronic Sow Feeders are easy to use

The Thomas Livestock team says the Nedap system is easy for anyone to use.

“If I can learn how to use it, anybody can learn,” says Steve Horton, sow service manager at Thomas Livestock Company. “It’s really easy, and I’ve been very pleased.”

Automating some tasks makes work more efficient. For example, the Nedap Sow Separation system identifies sows that need to go to farrowing or that have come open in the gestation pens and moves them into a small pen where employees can find and move them quickly.

“It’s worker-friendly and helps you do less time-consuming work in the pens,” says Horton. “We enjoy working with calmer, quieter sows.”

The Thomas Livestock management team thinks the benefits of group sow housing with Nedap Electronic Sow Feeding outweigh the cost difference between the Nedap system and other group housing systems.

“Twenty years from now, if I look back, there will not be a doubt in my mind it was worth doing because I will know we did what is right for our animals and our people,” Friedel says. “Because of these benefits, we’re confident the system will easily pay for itself over time.”

The best choice for people and pigs

How they did it

Here’s how they did it: 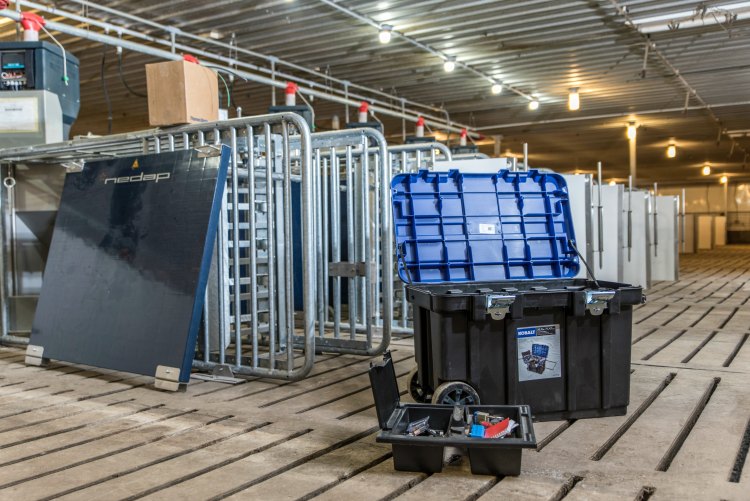 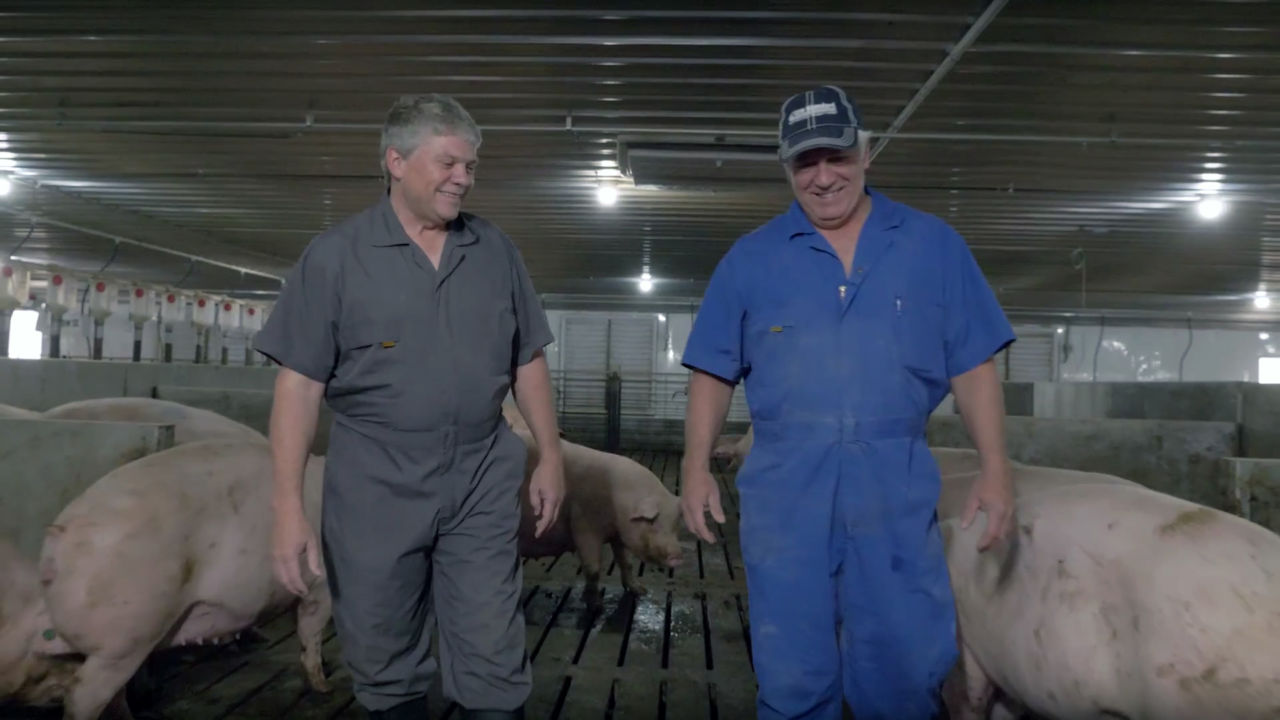 How do you want to improve your operation?